Given the Asian food paradise I grew up in, it may seem a little odd that lasagne was my favourite dish as a child.

Fuelled by an unhealthy affinity with Garfield the Cat and passion for being contrary, my youthful appetite for lasagne was as insatiable as that of the grumpy ginger feline himself! If it was good enough for my sardonic hero, it was most definitely good enough for me. Whenever my mother asked what I wanted to have for a special occasion the answer was always the same: lasagne, lasagne, lasagne! Unfortunately, for all the happy memories I have of my beloved lasagne it actually played a major role in one of the biggest disappointments of my childhood (culinary speaking).

When I was about 9 years old, we had a lady from Italy come and stay with us (the actual reason for her visitation has long since been forgotten). Upon hearing about my love of lasagne, she kindly offered to make it from scratch, but with fresh pasta! Now this might seem unremarkable these days, but back in 1984 the thought of making your own pasta was downright unfathomable, especially on my little South East Asian island! Even at such a young age, I knew that this was going to be something special, a meal for the ages. Indeed, this was going to be a lasagne worthy my sarky comicstrip hero!

So after what felt like an eternity of anticipation, the day of pasta-promise was upon us and I was quite beside myself!

Reflecting back upon that fateful day now, this might have been my very first exposure to what is nowdays referred to as “food porn” and may well have been the moment I lost my foodie virginity! The day was, quite simply, unforgettable. I remember watching with wide-eyed fascination as our portly Italian guest transformed a humble mound of flour and eggs into the simplest of dough and how she then lovingly rolled it out by hand (yes, by hand!) to create luscious sheets of the most perfect pasta. Then for the finale; she set about building the most perfect tray of lasagne I had ever seen, each layer was generous and distinct – it was a paragon of pasta perfection. All that remained was for it to go into the oven and in 20 minutes all my lasagne dreams would come true…and then phone rang and all hell broke loose. At the centre of the storm was, of course, my big sister.

Now when you’re 9 years old, there is no greater nemesis than that of your big sister. Malevolent smashers of Lego masterpieces and merciless dispensers of Chinese burns, your big sister just had to ruin everything you cared about. Sadly this momentous day would prove to be no different.

“Your sister’s had an accident at hockey practice, we need to get her to the hospital! Get in the car…now!” came the call from my mildly hysterical mother.

“But Mummm, what about the lasagne?” I whined (I was an excellent whiner).

“Car. Now.” She paused for a heartbeat, noting my apparent lack of movement towards the car and perhaps sensing the hint of rebellion in my tone. She drew a short nasal breath and hissed, “Liam, don’t make me count”. Oh Lord, not The Count; the one word you never wanted to hear my mother utter, was “5” as it was a precursor to the unleashing of The Blonde Fury! My momentary rebellion was crushed and I stomped off to the car, my perfect lasagne dreams in tatters.

The drive to my sister’s school seemed to take forever and little-me was not a happy camper. As I sat in the back of the car I was quietly consumed by the injustice of it all, as only a 9 year old could be. Who could possibly be so inconsiderate to put their face in the way of a hockey stick on, this, the single greatest food day of my life? My sister, that’s who! And so I silently smouldered for the entire drive to my sister’s school; I glared at her spilt eyebrow with as much venom as I could muster as we sped on our way to the ER; I seethed for the 4 hours we waited for her to be stitched up and checked she hadn’t caused any irreparable ocular damage to  herself. In the end she was fine; sadly, my lasagne was not. As far as I was concerned my young life, like the lasagne I almost had, was utterly ruined and I hated the world for it. I concede that perhaps I was a tad overly dramatic as a child, but unrealised expectations are always a bitter pill to swallow, especially when you are 9 and have spent an eternity (i.e. 4 days) in anticipation of the greatest meal, ever.

In reality, however, neither my childhood nor the lasagne were anywhere near ruined.

Admittedly, it took a while to forgive my poor sister for her cavalier attitude towards the dangers of head-butting a hockey stick, but the lasagne was in fact all the better for her “accident”. In the hours we spent at the ER,  the lasagne had sufficient time to rest – something that turns out to be an essential step to making the perfect lasagne, a factoid our Italian visitor failed to mention earlier. On hindsight it would have been intolerable to have been forced to wait hours for the lasagne to have rested properly before eating it, so perhaps I owe a debt of thanks to my sister for sparing me that torture by so kindly distracting us with blunt-force trauma and a potential concussion. It seems sisterly love is alive and well after all, we just don’t always recognise it for what it truly is at the time.

At least that’s how I’m choosing to remember it. 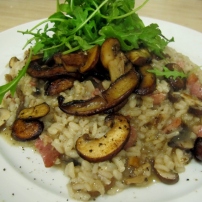 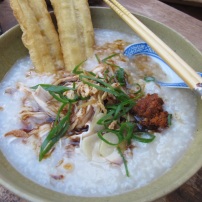 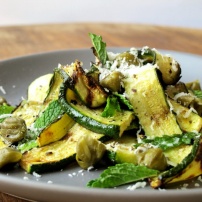 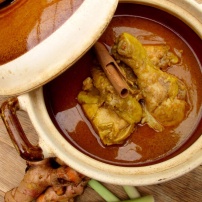 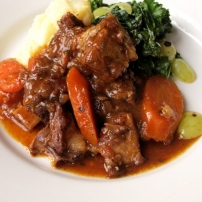 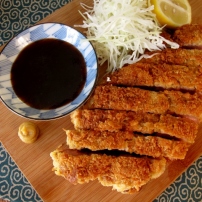 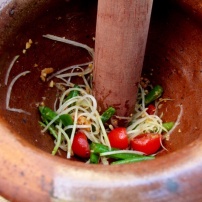 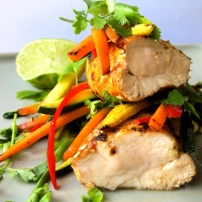 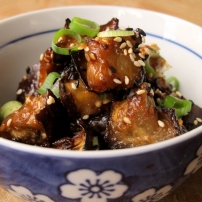 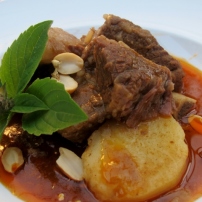 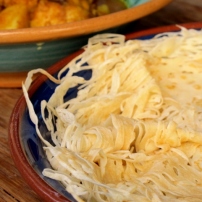 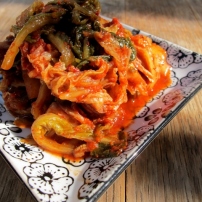 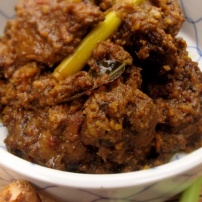 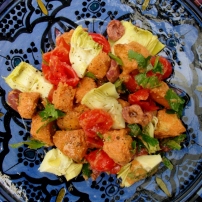 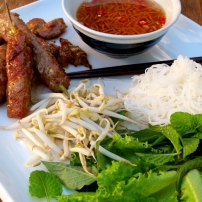